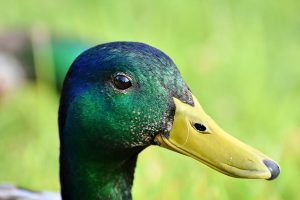 Read on and you may find out.…

The second of our Russian Song Workshops led by Brian MacKay took place in Dublin on 8th June. Some of the singers were veterans of WS1 but most were first-timers. We began the day singing two works that arose from the flowering of Russian Orthodox Church writing in the late 19th/Early 20th Century.

First of all we sang Alexander Gretchaninoff’s setting of the Nunc Dimmitus using the familiar English text “Lord, Now lettest Thou Thy servant depart in peace..”. And straight away we were re-discovering some of the important differences between singing Russian music and singing the Western Art music that we are so familiar with: Individual notes are sustained, not tapered away with the feminine endings that grew from the classical style. Even music marked piano is sung quietly but warmly with the full voice, not the hushed tentative sound that we may associate with this particular dynamic. Although marked SATB, you can expect Russian composers to thicken the texture of their music with parts divided into two or even three, featuring low bass sounds and doubled melodies. In the Orthodox setting there is no organ, so the rich dark and often thrilling choral sound alone must carry the message and the emotions behind it. Our singers rose to the challenge and even though we were just sight-reading this work in a small room, we caught glimpses of its beautiful and transcendent poignancy.

Now to the Russian language – well no, more correctly Church Slavoinc – and to our second Orthodox piece associated with the Vespers Liturgy; the setting of Ps 103, Blagoslovi, dushe moye, Ghospoda by Viktor Kalinnikov. So we were singing in Church Slavoinc using transliteration and a good deal or pronunciation help from Brian. Coming closer to authentic sounds is so satisfying and, as all good singers know, the words bring the music to life, both in their shape and meaning. This was an accessible piece, the sort of thing you might like to share with your choir if it is unfamiliar to them.

We left the sacred world to explore the world of Russian Folk Music, in particular the three songs set by Sergei Rachmaninov that we will be singing in Cork this November (Three Russian Songs Op . 41). Now our pianist, Gareth’s jaw-dropping abilities came to the fore. The songs have beautiful but very simple melodies. Rachmaninov’s skill was to weave an extraordinary palette of colour and percussive excitement around them. Brian pointed out that he did not spoil the tunes as can so often happen when folk music is ‘made classical’. Clearly, Rachmaninov both loved and and respected the music. He was himself a pianist and had a famously large span so it was unsurprising that his piano writing used the full 88-key distance with crashing complex chords and thrilling long scalic runs full of colour and surprise. Gareth seemed to relish the challenge.  His normally blue-white ipad screen was black with notes as he gave Wesley Hall’s slightly ageing upright piano an Grade A workout.

We began the series with a unison song for tenor and bass, although everyone joined in for the purposes of the workshop. It repeated a simple folk melody in E Minor but with tiny melodic variations that became the downfall of many! Our main work however was in the words, how should they sound and what did they mean?  Transliteration, seems like a Dark Art that is barely accessible to the casual observer. Different translators, working from their own differing linguistic backgrounds, use different ways of rendering words written in the Cyrillic alphabet into pronounceable ‘latin’ alphabet . Brian was an invaluable help with this and by doing this work with us, he was constantly getting ideas about how to help us prepare for our concert as painlessly as possible.  Painstaking, certainly, but very rewarding.  Even more importantly, what was this rather sad but beautiful song about? A firm believer that language is best learnt by associating new words and sounds directly with an image rather than with the word translated into English,  Brian introduced us to a Selezen’ who was crossing a fast running stream on a mostočku with a grey utku. Well sadly, the utku took fright and flew away, leaving the Selezen’ stoit plačet. Have you worked it out? So picture the scene and the viburnum bushes and raspberry canes that filled it out. He was determined that we should all learn to sing this sad but familiar tale of unrequited love as a folk melody and, after a few swigs of good vodka we could probably have done it by the end of the afternoon.

Now to the second song in the trio, another unison melody but this time written for SA. It too was sad, a repeated D Minor melody lamenting the loss of a husband, perhaps to war, leaving a young woman alone and bereft in the winter with only her father-in-law for comfort. Folk songs it seems use the same themes the world over, with a few alternations to the melody this could have been an Irish keening. Yet is was unmistakably Russian and Rachmaninov had finished the song with long falling-scale moans. These will be great to sing – when we nail them – and they could come in handy when starting an on call weekend!

The third song is in harmony, but simple enough,  its repeated quavers somehow evoking a black and white film featuring a soviet munitions factory. Rachmaninov’s music was written in an age forever associated with the birth of the cinema. Brian did not discuss the text of this one in detail, from experience he knew that we had taken in all the new language that we could and that it was time to just try out the tune. Having googled it for an English translation when on my way home in the car, I can advise us to brace ourselves. The world of folk music is often harsh and hard-hitting so consider yourself warned!

What is underlying these simple songs? A love of the beauty of nature? Regret? Heart-sick longing and loneliness? And what do they tell us about the Russian psyche? It is an exploration that I can’t wait to continue as we prepare for our performance that will be, perhaps aptly, as autumn turns to winter and the days shorten. So Russia turns us all into wistful poets and dreamers…..

Back to the real world of Dublin 6 and, as the afternoon drew on, we changed direction completely and did some work on the Polovtsian Dances by Borodin, repeating and expanding on the work that Brian had done with a different group of us in WS1 ( I can refer you to Neil’s earlier blog of more about that one). Another great sing and another tour de force by Gareth who showed no sign of finger fatigue despite the dramatic and acrobatic music that he was playing. We can’t wait to hear these works played on two grand pianos, it should be unforgettable.

How else to say goodbye but with Rachmaninov’s setting of the Ave Maria, our beloved Bogoroditse Devo?

Here’s to the next time

Participants’ Registration is now open for An Autumn Concert in Cork. Visit the members page to find out more